What is Cumin seeds (Jeera)?
Cumin seeds are dried seeds of the herb Cuminum cyminum, a member of the parsley family. It has oblong shape and have eight ridges with oil canals. It is one of the most popular spices in the world. Having a distinctive aroma it is used in Indian garam masala powder.

History of Cumin seeds (Jeera)
Cumin has been in use since ancient times. Seeds excavated in India have been dated to the second millennium BC. They have also been reported from several New Kingdom levels of ancient Egyptian archaeological sites. In the ancient Egyptian civilization cumin was used as spice and as preservative in mummification.

Originally cultivated in Iran and the Mediterranean region,[citation needed] cumin is mentioned in the Bible in both the Old Testament (Isaiah 28:27) and the New Testament (Matthew 23:23). The ancient Greeks kept cumin at the dining table in its own container (much as pepper is frequently kept today), and this practice continues in Morocco. Cumin was also used heavily in ancient Roman cuisine. In India, it has been used for millennia as a traditional ingredient of innumerable kormas, masalas, and soups, and forms the basis of many other spice blends.

Recipes using Cumins seeds
Below are few recipes where cumin seed is one of the main ingredient. 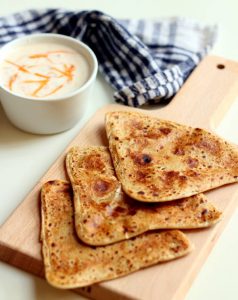 Jeera Paratha Recipe – “Breakfast like a king” – my hubby say that very often 🙂 So I always try to make king size breakfast for him. Be it bread upma, gujarati bhakri, vegetable paratha or these delicious jeera paratha. Jeera parathas make a great breakfast dish or even you can serve them in dinner. These… 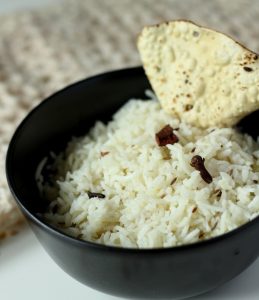 Jeera Rice Recipe –  Yes, you heard it right: “Jeera Rice”. Its one of the simplest, easiest yet most ordered rice dish in an Indian restaurant. Jeera Rice is very common side dish eaten along with different lentil preparations like dal fry, dal palak, mix dal fry, dal tadka or even south indian rasam and sambar. I have seen Jeera rice served as…