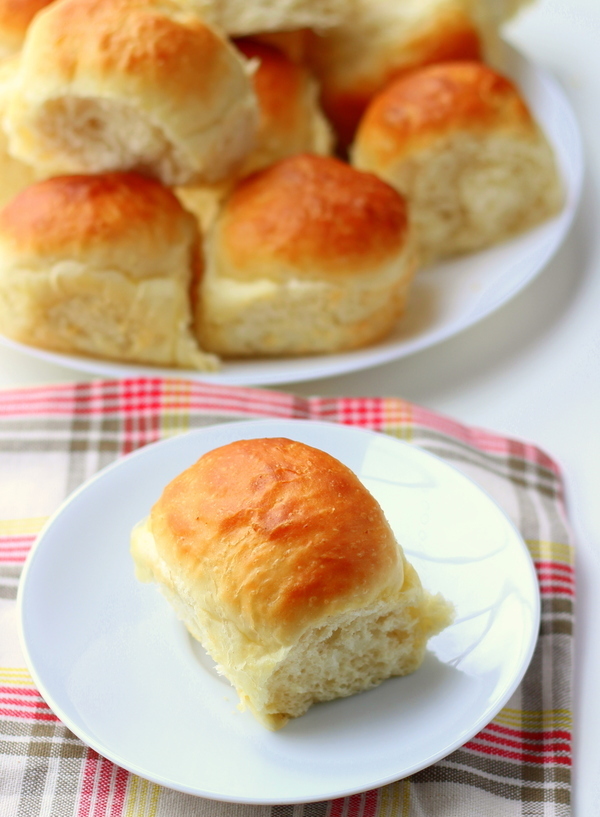 Pav also known as ladi pav where “ladi” means tapri or a small road side stall in hindi. These pav have been popularised by the Indian street food recipes such as pav bhaji, vada pav, samosa pav, kachchhi dabeli or even egg burji pav.  These pav are usually made from all purpose flour and have soft and spongy texture. They compliments whatever dish you served them in.

The recipe of pav that I am sharing today needs few special ingredients. The most important ingredient after All purpose flour is Yeast. I have used instant dry yeast for this recipe. Yeast makes the pav recipe fluffy and give it nice texture from within. That’s the reason it is important to use good quality yeast. I have also shared recipe of garlic naan with yeast.  The technique of proofing the yeast and mixing it with maida dough is similar in that recipe. This recipe of pav is quite simple actually. It is a bit time consuming though, but the recipe is easy. To make pav recipe at home we need all purpose flour (maida), salt, sugar, instant dry yeast, butter, milk powder and milk. Check out the recipe box at end of this post to know exact quantities of these ingredients. Then add all the dry ingredients such as milk powder, salt, sugar and dry yeast. If you are using yeast that needs to be activated separately then you can activate the yeast in warm milk+sugar and once activated, mix the yeast into the flour. With the help of you palm mix well all the dry ingredients. Dig a well in the center as shown in the picture and add milk so that it does not make a mess on the working area. Mix well all the milk and the flour with your palm as it will turn a sticky dough. Then add butter once milk is mixed well with the flour. Now knead the flour till gluten is formed in the dough and become smooth in texture. Also it should not stick to your hands and the work area. This will take a while and you might have to work it up but in sometime the dough will become smooth.

As you can see in the below picture gluten is formed and the dough becomes smooth. Now grease a large bowl with oil and place the dough in center and grease the dough from top with oil. Cover it with cling wrap and keep it in a warm place for about 1 hour or till the dough raise double in size. After one hour you can see in below picture the dough has doubled in size and is ready to make pav. Now sprinkle some dry maida flour on top of the raised dough. So that while working with the dough it does not stick. Now punch the dough as shown in the below picture and knead it for a minute and not much. Prepare a baking tray by greasing it lightly with oil. Place the round ball inside baking tray and line them up as shown below. Place them near one another so that they touches eachother. Let the pav dough balls rest for about 45 minutes or till it raises as shown in below picture. Apply some milk gently on top of the pav before baking. Pre-heat the oven for about 10 minutes at 200° Celsius (392° Fahrenheit). Once the oven is hot, place the baking tray  and bake the pav at 200° Celsius for about 15 minutes or until you see nice golden brown color on top. The amount of time required for baking may slightly varies depending on your oven. So once your timer reaches 12-13 minutes, have an eye on pav. Just when they looks golden, you know its done. Turn off the oven and take out the baked Pav. Place the baking tray on cooling rack. When the pav is hot apply some butter on top as shown below. This is ofcourse optional 🙂 Once the baking tray cools down completely, run a knife around the edges and separate the pav from tray. Take them out and enjoy these delicious soft and fluffy Pav with vada pav or pav bhaji. Recipe of Pav for Pav Bhaji or Vada Pav Recipe

5.0 from 2 reviews
Pav Recipe for Vada pav or Pav bhaji